Climate is the observable weather patterns experienced a particular location over time. Weather changes from day to day but climate denotes and established pattern. There are several factors that impact weather conditions and climate. The angle of the sun’s rays is one thing that impacts climate significantly. In the tropics, specifically between 23.5° N and 23.5° S at least once a year the noon day sun is directly overhead and the solar rays hit at a direct angle. This is the reason why there is very little change in the temperature throughout the seasons in a tropical climate zone. 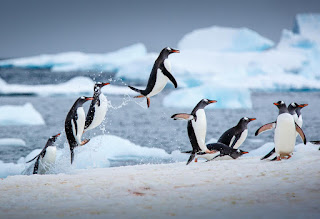 In the Arctic and Antarctic (north or south of 66.5° latitude), during the year there are times when the sun is above the horizon for 24 hours a day, this phenomenon is called the "Midnight Sun" There are times in the winter when the sun never sets and times when it never rises. During the summer the sun is low and so the temperature is lower than that of the tropics. The seasonal changes are more drastic than the equatorial zones. The zones closest to the Equator experience temperate weather. Countries like the United States, most of Europe and China have the usual four seasonal changes. 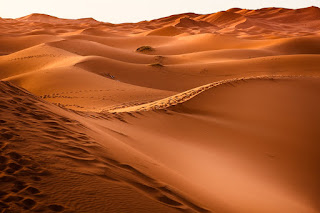 Climate is also impacted by wind, ocean, mountains and other topographical features. Winds carry moisture over the land. North and South of the Equator, trade winds blow northeast and south east respectively, the convergence of these winds in the tropics forces air to rise and produces weather disturbances. Approximately 30° from the Equator,  there is little wind and therefore very little moisture blows this far inland from the ocean. At this latitude you will find many of the world's largest deserts, portions of Mexico, the Sahara, the Kalahari and other arid regions lie among similar coordinates.


Oceans moderate the temperature of coastal areas and provide moisture for rainstorms regardless of latitude. Mountainous regions because of the sheer distance tend to be dry regions. Southern Canada, Russia and large regions of Central Asia. Two more climates were defined by Köppen's list polar regions and high elevations. Examples of polar regions are the Antarctic and Arctic. The frigid temperature of Antarctica means that there are no permanent inhabitants. Arctic regions are characterized by cold winds and winter temperatures can plunge into the negatives.  The seemingly barren landscape is home to diverse varieties of flora.

Weather patterns are a fascinating thing to observe. The changes in temperature and precipitation are aspects of life that impact everyone of us.  Get a globe or map and learn more about the weather patterns and coordinates in which we experience our daily life.