Around the Globe with Jules Verne 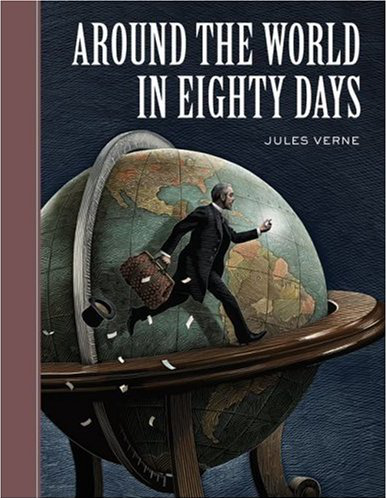 I just love the cover of the Sterling Unabridged Classics edition of Jules Verne's 'Around the World in Eighty Days', featuring a beautiful scratchboard style illustration of a globe by Scott McKowen.

A floor globe would have longer legs and thinner meridian, like the Queen Anne Globe:

This is a 32-inch tall beauty, 16 inches across, its graceful legs polished to a cherry finish.

An even bigger floor globe would have a more squat proportion, like the Diplomat Globe:
Standing at 51 inches tall, 32 inches across (twice the width of the Queen Anne), with over 20,000 place names, this is a very detailed beast – the world's most detailed globe in fact. Note the thin-looking legs and the thin meridian in proportion to the globe. In general, this is because the globe enlarged without adding much to the weight, so the pedestal legs didn't have to thicken (they just needed to add a fifth "leg" to support the meridian) and the meridian stayed thin like that in the Queen Anne.

Back to Jules Verne, writer and translator Ron Miller has a list debunking almost all the things we think we know about Verne ("we" being at least the English speakers):


He loved geography though – he must have loved globes. An Indian educational supply seller has neatly outlined why globes are fascinating for both the young and old: A globe enables us to see the position and relative size of a place in a fairly accurate way, and it allows our imaginations to run free – a must-have for any imaginative writer like Verne.

Verne's imagination not only took us places around the world, it took us under the oceans (Twenty Thousand Leagues Under the Sea), under the continents (Journey to the Center of the Earth), to the skies (Robur the Conqueror), to the moon (From the Earth to the Moon), and back .


Wikipedia lists a 'Who's Who' of famous people inspired by Jules Verne's works. Here are some of them:

Yes, with the aid of a globe or not, reach out, move forward – and do a Jules Verne. 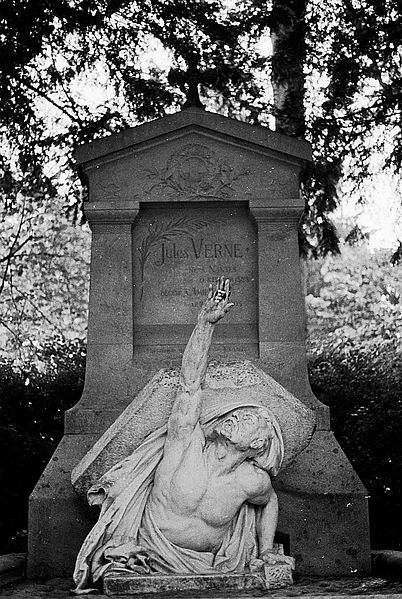