Replogle, the world's leading globe manufacturer (and maker of the Landen Floor Globe exclusive to Ultimate Globes), has always included monochrome drawings of ships of exploration in their antique-style globes.

Here are the ships that have appeared so far in Replogle globes. If you have a world globe, join in and trace their voyages. 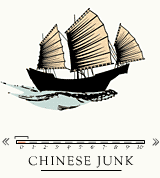 Probably the heyday of the Chinese Junk was during the days of the Muslim-born Ming eunuch admiral Zheng He. 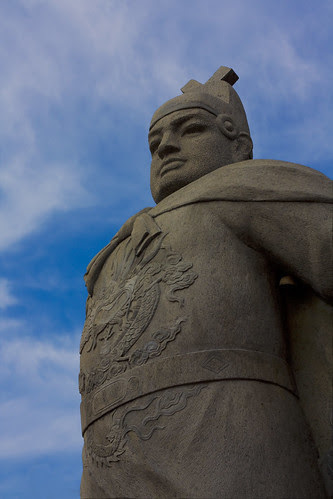 
From 1405 to 1433, Zheng He's treasure fleet of junks made seven voyages in the seas of Southeast Asia, India, Northeastern Africa and Arabia. Here's a picture of Zheng He's route (click to enlarge):
And what a treasure fleet it was. On his first voyage, he had 28,000 crewmen aboard 317 ships.
Here's a model of one of these treasure ships, along with a model of Christopher Columbus' Santa Maria and clipper Cutty Sark for comparison: 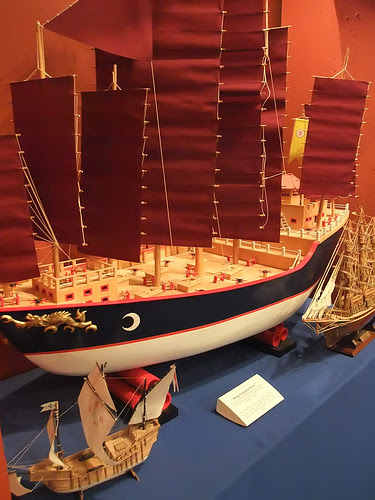 Here's another depiction of a treasure ship, with the treasures it contained: 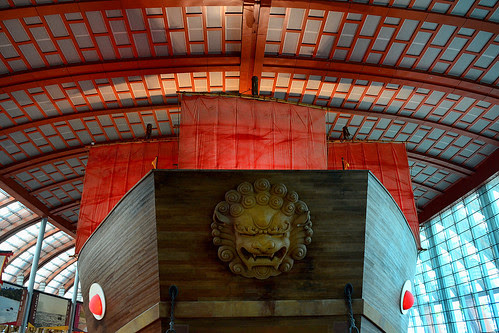 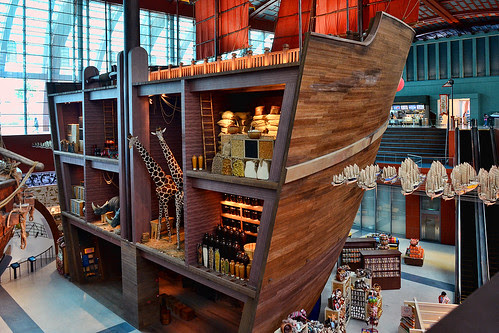 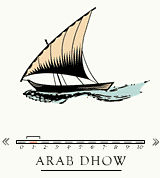 The dhow is either of Arab or Indian origin. Once the primary trading vessels in the Indian Ocean coasts (including the Red Sea), the dhows' distinctive sail and silhouette evokes the adventures of Sinbad the Sailor. 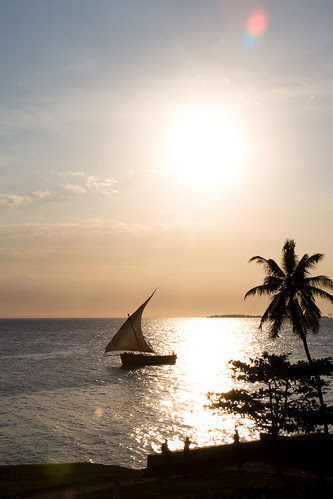 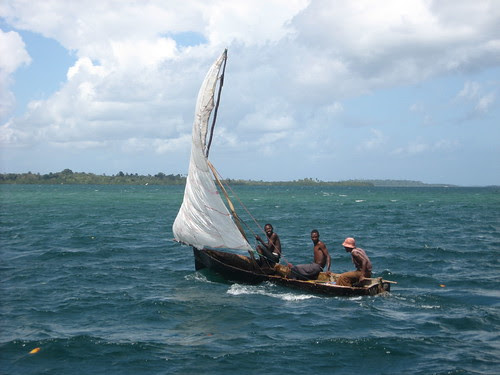 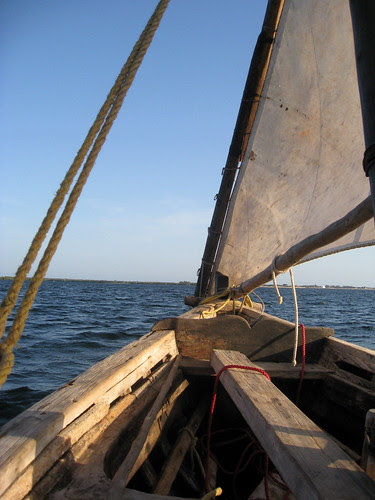 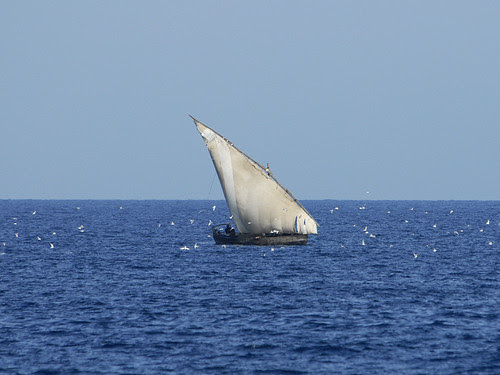 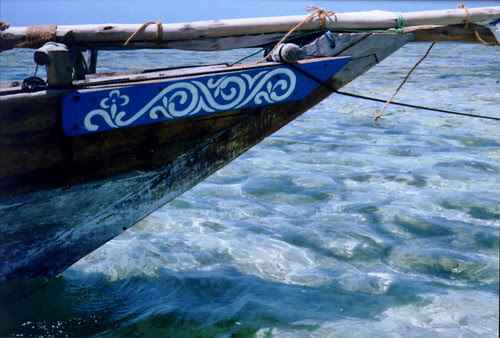 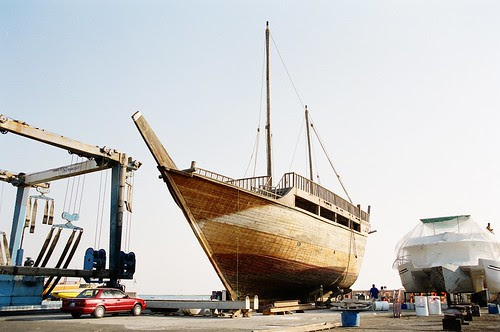 Indian Ocean. The dhow was used in the coasts of East Africa, Arabia and India. 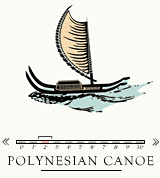 
The most popular descendant of the great Polynesian sea-faring canoes today is the catamaran (a word imported from Tamil). 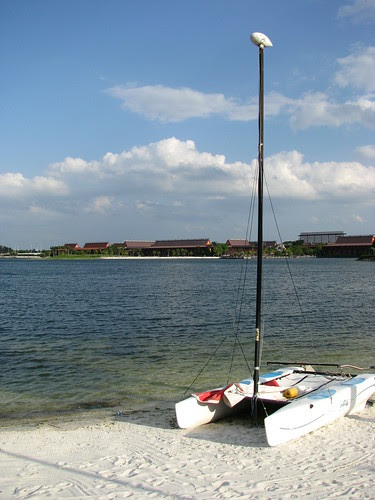 Mormon-owned Polynesian Cultural Center in Oahu, Hawaii, has the Polynesian canoe as its logo: 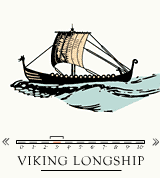 "From the fury of the Northmen, deliver us, o Lord" went the apocryphal medieval plea for deliverance against the Norsemen of the Viking Age who raided, traded, and flourished between the late 8th to the 11th centuries.

The Vikings were wide-ranging seafarers, founding kingdoms, serving as mercenaries and traders, pirating, pillaging and robbing along the way.
It was a terrible time for their victims. 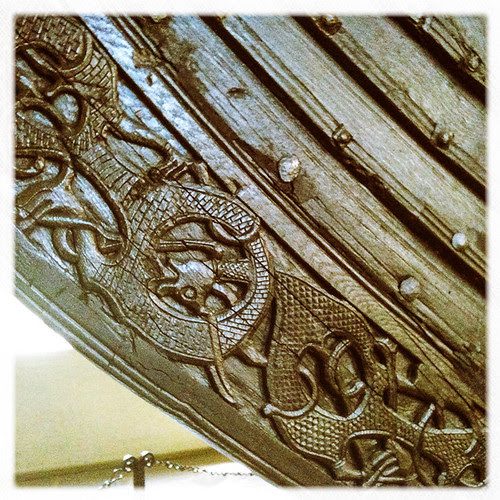 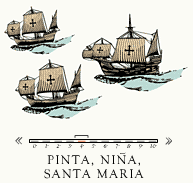 It is generally agreed Christopher Columbus "discovered" the Americas for European conquest. The Santa Maria, Columbus' flagship was a carrack (the other two were caravels) sponsored by the monarchs of Spain (Ferdinand of Aragon and Isabella of Castile).

However, the Americas were not named for Columbus, the honor instead going to Italian Amerigo Vespucci. Some say it was because Vespucci's accounts of his travels outsold Columbus' three to one (helped by the loving details of the Vespucci crew's sexy exploits with the free-spirited Caribbean women). 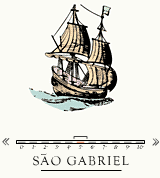 The carrack São Gabriel was the flagship of Portuguese Vasco da Gama's first voyage (with another carrack São Rafael, Berrio (a caravel), and an unnamed storage ship.


Vasco da Gama is credited with directly sailing to India from Europe. But he is also known for atrocities to non-Europeans which inspired the movie, Urumi. 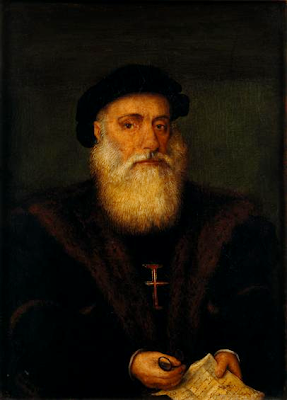 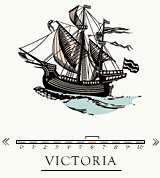 A carrack of Ferdinand Magellan, another Portuguese, whose 1519-1522 fleet expedition (sponsored by Spain's King Charles I) completed the first known (westward) circumnavigation of the globe (Magellan was killed in the island of Mactan in 1521). The Victoria was the only ship of Magellan's fleet of five to return back to Spain, with 18 men on board. 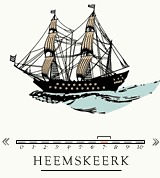 The Heemskeerk (also spelled Heemskerck or Heemskirk), a yacht, is not very well known, but it was one of two that Abel Tasman used in an expedition that led to the discovery of Tasmania and New Zealand, and the sighting of Tonga and Fiji. Tasman's flagship was the fluyt Zeehaen.

Here's a depiction of the Heemskeerk from The New Zealand Railways Magazine, Volume 11, Issue 8 (November 2, 1936), posted online by the New Zealand Electronic Text Collection of Victoria University of Wellington. 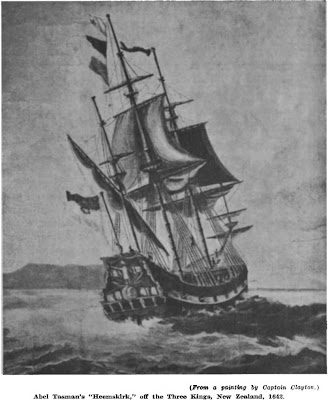 And here's Tasman and his voyages: 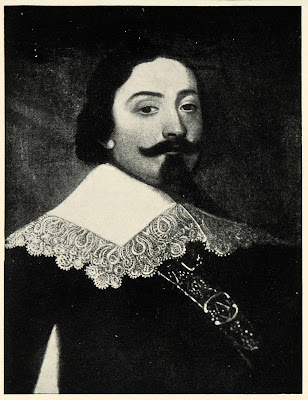 In his later years, Tasman might have enjoyed tracing his travels on a globe, as this part of a family portrait shows: 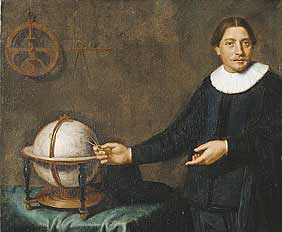 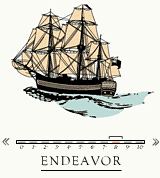 Also known as HMS Endeavour, this ship reached New Zealand 127 years after Abel Tasman's Heemskeerk. The Endeavor is the first known ship to reach the east coast of Australia, when Captain James Cook went ashore at Botany Bay. Aside from the first circumnavigation of New Zealand and reaching east Australia, Captain Cook's expedition was also the first to have contact with the Hawaiian Islands.

A replica of Endeavor was made in Australia 1988 and was completed in 1993. From 1996 to 2002, this replica traced Captain Cook's ports of call back to the original Endeavor's home port of Whitby Harbor. 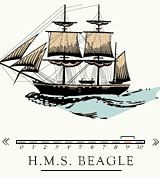 In a way, Charles Darwin's Theory of Evolution owes much to the brig-sloop H.M.S. Beagle. The dates above refer to the Beagle's second voyage. 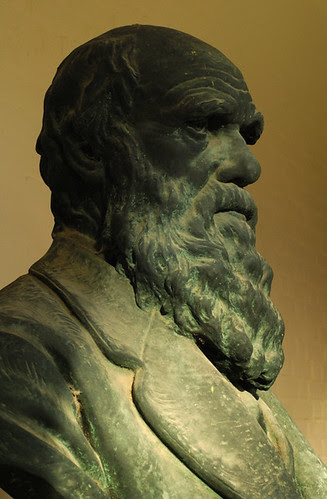 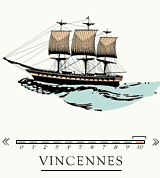 The USS Vincennes was the first American warship to circumnavigate the globe. The dates above refer to the Wilkes Expedition to the Pacific Ocean and surrounding lands, under Lieutenant Charles Wilkes.


The Smithsonian Institution called the expedition "a tremendous feat of navigation," and is said to have "cemented the nation’s [US's] status as a new world economic leader."

There you have it, Replogle's roll-call of ships that have appeared in their globes. Have fun tracing their routes. These are best enjoyed with an antique-finish Replogle globe.

'Antique' here refers to the parchment style antique finish of the oceans but Replogle uses up-to-date and detailed maps.

Speaking of 'detailed', Replogle also manufactures the globe that currently holds the title of "The World's Most Detailed Globe" (at over 20,000 place names) – the 32-inch Replogle Diplomat.
Posted by Unknown at 9:50:00 AM