The previous post was all about how Old World globes fit perfectly well in a western setting – particularly Italian or Mediterranean. But notice how this style of interior design feels like an Ali Baba treasure cave, with emphasis on mass and form, abundance, variety, brick-a-brack, with no rest for the eye.

If you don't want the 'beautiful clutter' style but  are aiming for serenity, pattern, grace and harmony of line in a home, look not for it in western style interiors. This mood is easier to have in a minimalist, eastern setting, especially Japanese-influenced interiors.

So I Googled for pictures of examples of the successful use of globes in Japanese interiors. And found just one. A small picture and, in all appearances, not a very modern interior to boot.

This low-resolution picture of a globe (yes, it is most probably one) in a machiya (town house) is in Jame's Wheare's blog. This globe probably dates to the Meiji period, when many Japanese were able to acquire western household products en route to Japan's industrialization.

The globe in question is part of a novelty mantel clock (we talked about globe clocks in a previous post). Notice the hanging gas lamp, another western novelty at the time. Below are similar (although not the same model) globe mantel clocks:

The last one is the closest in proportion to the clock in the machiya picture, except that, here, the clock is not encased by its wooden base.(These pictures, and more, are found in Jeff Savage and Ryan Polite's site AntiqueClocksPriceGuide.com.)

Going back to the machiya picture, I don't even think the globe clock (and the gas lamp) is a very successful integration of western elements into a Japanese setting, it stands out against the flatness of the room. A better use of a clock in a machiya interior is as a flat wall clock pictured in an article about the Kyo Machiya Sakujigumi, a machiya preservation society in Kyoto. 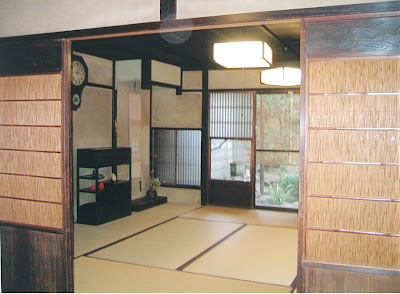 There's no globe here because the roundness of the mantel globe and its exquisite curvy details would stand out among the flat and straight patterns in a Japanese room. The serene atmosphere of traditional Japanese interiors is achieved not by mass, bright color contrasts and curvy lines but by silhouette, (preferably straight) lines, subdued color harmony, and effective use of dark against light tone (according to the principles of Yin-Yang.)
Picture from The Main Purpose of Tsuboniwa Garden at Machiya blog post.

There is a way for globes to fit nicely with Japanese interiors: as globe lamps:
They don't even need to be hanged, just placed well off the floor: 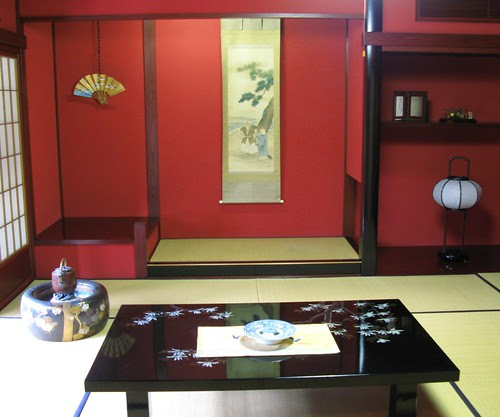 
But these should be plain or subtly patterned, unlike these globe lamps
Even these plainer globe lamps look blemished:
Why do plain globular shaped lamps look well as floating lamps in a Japanese (or minimalist room)? Probably because they don't look like unsightly, multi-colored bulges (inflammations?) but look clean (fire is a purifying element) separate from the room itself. There might also be a relationship here with the Chinese concept of 'heaven' as a circle (boundless, without edges) while 'earth' is a square (angular) – just thinking.

There is a place in a Japanese setting where small, exquisite items can fit in without serving as lamps: the tokonoma (display alcove). 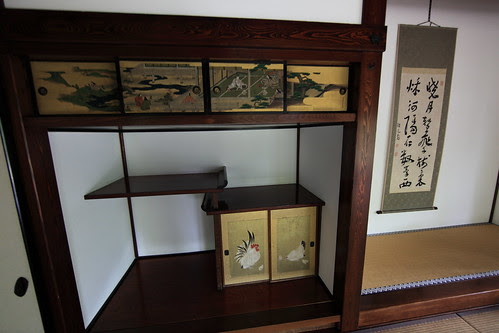 There, shiny, curvy, brightly colored items like this bronze bodhisattva
... like this globe mantel clock
can be at home without standing out too much.

Here are other examples of western items made to 'blend in' via a tokonoma: 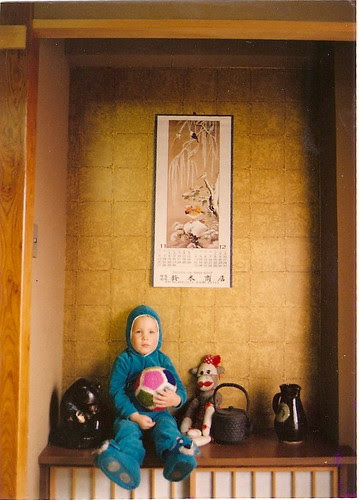 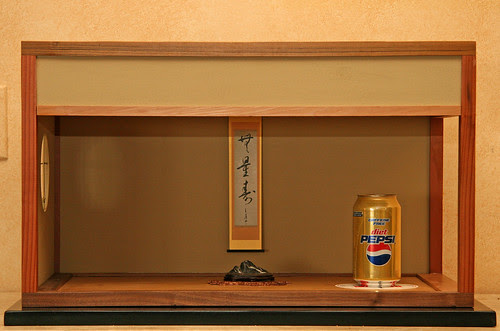 Actually, Buddhist style was more liberal in the use of ornamentation. But, during the Meiji Restoration, there was a strong, sometimes violent, attempt to separate old Shogunate-style Buddhist elements from the resurgent state Shintoism, where the severe lines and lack of added color originated (but that's another topic).

You too can use minimalist globes tastefully in a minimalist room. If you have a floor-level alcove like a tokonoma (or any recessed, well lighted spot), you could place these Replogle globes in:
They could go nicely with a spare, linear arrangement of these orchids: 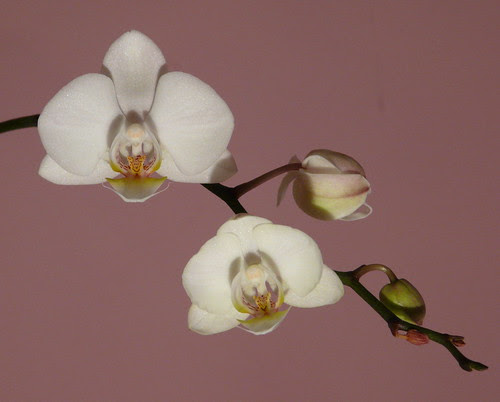 The keyword is "spare" – simple, emphasis on line and natural, subdued colors. This is very hard to achieve with colorful, western-style globes. It could be because the tendency of western-style globes to be the center of attention is ultimately linked to the human (or at least western) tendency to want to master nature (world domination), instead of going in harmony with it.

But, with simplicity of line, color, and design (and tasteful placement), a globe can be successfully incorporated into a minimalist, eastern setting.

Note: Ultimate Globes does have globes with clocks. Looking like the antique mechanical mantel globe clocks, is the Replogle Executive Globe 6-inch Desktop, but the globe does not rotate with the clock. But, while it's base is minimalist, its globe is not. Meanwhile, as their name implies, the Rotating Base Gemstone Globes have a rotating base that turns the four-faced clock and the globe with it – but these globes are anything but minimalist.