Can’t Get Enough of the Moon? Get a Moon Globe. 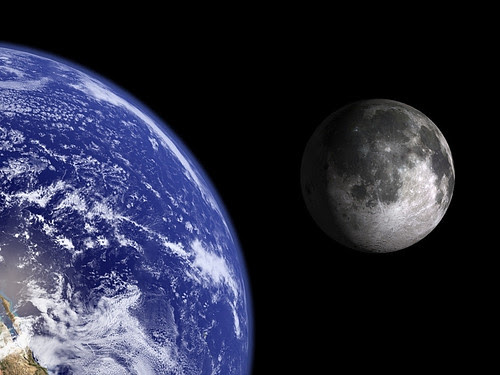 For thousands of years, the moon has been the stuff of myth and legend, largely because we knew very little about it, save for a rudimentary understanding of its phases relative to the passage of time. The moon has also been long associated with impending gloom and doom, usually having to do with the full moon and how it causes bad things to happen, a belief some people still hold on to today.

The moon is exciting, but it’s not, however, that exciting.

If you’ve never had the chance to look at the surface of the moon through a telescope or at the very least, a telephoto camera lens, you’re missing out on a spectacular sight. The surface of the moon is an eerie, grey landscape of valleys, mountains, craters, and other crevices that can’t be appreciated with the naked eye.

If you want a close look at these topographical features, you can turn to the next best thing: a globe of the moon. Sure, there are maps of the moon, books about the moon, and even tools like Google Earth that give as a virtual look at our closest satellite, but a quality moon globe just has an intangible appeal to it that makes it a worthy addition to any home or office.

Simply put, it’s a lot easier to learn about the moon’s surface by studying a moon globe. Flat maps are useful, but they make it hard to figure out just where you are on the surface of this celestial body. Moon globes on the other hand, give a clear and easy to understand representation of just about every detail on the surface of the moon. Many moon globes even have information on where the first NASA mission to the moon landed, as well as highlights on other man and unmanned landings.

A moon globe gives you the convenience of viewing the moon’s surface right in the convenience of your home or office in an elegant, analogue type of way. Moon globes give you a unique perspective of our closest celestial neighbor’s countless mountains, valleys, and craters, and soon enough, you’ll be able to tell these topographical features apart from each other as you spend more time studying the globe.