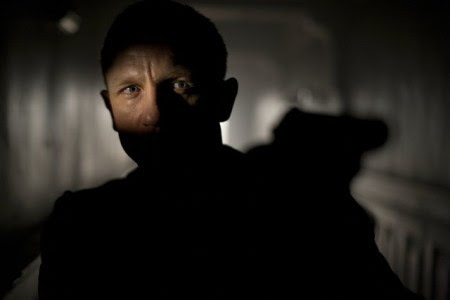 Number six in the previous post (on Frank Lloyd Wright-inspired globes), is the Glencoe Globe. It turns out there are six degrees of connection between 'Glencoe' and 'globe'. And one connection is James Bond.

How is a globe related to James Bond? Here are the ties that bond – James Bond – to globes.

Glencoe is the name of an upscale village in Illinois where, in 1911, Frank Lloyd Wright designed a large brick pedestal to be used at Glencoe's Booth Park. This pedestal (or at least Wright's house detailing styles for the first decade of the 20th-century) was the inspiration for world-famous globe maker Replogle's 'Glencoe Globe'.


Skyfall is the twenty-third (and latest, as of this writing) James Bond film. In the movie, Skyfall Lodge was located at Glencoe, Scotland.

James Bond was born at Skyfall Lodge, in 1921 (according to Bond scholar John Griswold) – ten years after Frank Lloyd Wright designed the Glencoe, Illinois pedestal which, later, became the inspiration for the Glencoe Globe.

James Bond's parents were Andrew Bond and Monique Delacroix (of the French-speaking Vaud Canton in Switzerland). Andrew Bond worked as a representative of the Vickers, Sons & Maxim armaments company during and after the first world war.

Another company, also with Vickers in its name, prominently displayed globes in their business. Vickers Petroleum Company was a Kansas-based petroleum refiner and marketer. As such, they had gas pumps all over the American Midwest. They were known for "discount gas prices and no frills." 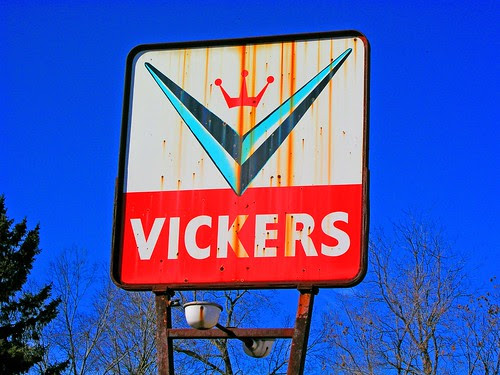 Gas pumps in the 1920s (the decade when James Bond was born) up to the 1950s, had 'globes' – actually illuminated glass signs on top of gasoline pumps that proudly showed the company logo. In those days, gasoline stations were poorly lit and the glass globes acted as beacon for motorists so they would know they're near a gasoline station.

Here is an example of a Vickers gas pump globe:
Of course this is not the kind of globe we're concerned with but it connects Vickers to globes. Now, for the world globe:

By 1911 (the year Frank Lloyd Wright designed the brick pedestal at Glencoe, IL), Andrew Bond's employers, Vickers, Sons & Maxim, changed its name to Vickers Ltd, with the formation of its aircraft division.

As a representative of the Vickers armaments company, Andrew frequently traveled across Europe, taking his family along with him. This resulted in James being fluent in German, aside from his mother's native French. The Bond couple met their end in a mountain climbing accident in the Aiguilles Rouges (Red Peaks) of France. James was 11 at the time.

As a frequent traveler Andrew Bond would have been the type of gentleman who had a globe in his study. Indeed a globe is shown in a scene of Skyfall, when James returns to Skyfall Lodge with M to set a trap for the villain, Raoul Silva. It's on a desk in what appears to be the study:
The closest match to this globe style I could find on the Web is this 19th century French globe that was posted at Pinterest.

An even older French globe is the 18th century Vaugondy Globe, of the Robert de Vaugondy father and son tandem, a replica of which is available at Ultimate Globes.

That a French globe is at Glencoe takes us back to the Glencoe Globe, which completes the circle.

Other amusements that can be had with a globe and James Bond is finding out if this cliche is true: that James Bond always visits three continents in his movies. In Skyfall, James was first at Istanbul (Between Europe and Asia), then at a tropical island (probably French Polynesia), then Macau (Asia), and Scotland (off the European continent) – that's at least three continents (or world cultures). Go get a globe and have fun.