From World Globe Watching to Travelling the Americas in a Motorcycle


It is Alex Chacón’s requirement to his path of self-discovery—his journey from Alaska to Argentina by motorcycle.

“When I was a little kid in elementary school I'd always look at the world globe and realized how small we were, and the different places there were. So over the years I kept figuring out how I was going to go all around the world, and get to know the world before I got to know myself,” says Chacón.
It is also the first of such a trans-America crossing, spanning 503 days, 82,459 miles, 22 countries—from freezing Alaskan tundra, to steaming tropical jungles, raging Amazonian waterfalls, and back to the cold—in the isolated wilderness of Patagonia.
Footages of his motorcycle adventure posted on YouTube earned him accolades from around the world, giving people the inspiration to also reach out for their dream:

“я теперь спать﻿ не буду... респект автору! [I'm not going to sleep now ... Respect to the author!] Respect and honor! lightly envious of …” wrote Igor Batenev.
“watched this from Start to Finish and genuinely wished there was more! awesome adventure man, I don't drive a motorcycle but I want to after watching this﻿ and take it across the same route :O” said Thomas O'Sullivan.
“Muito bom! Vc acaba﻿ de realizar o sonho de muita gente [Very good! U just realized the dream of many people]” wrote Paulo Henrique Boblitz.
At Chacón’s Motorcycle Adventure blog, an Indian fan was touched to write:
“Hi,my name is Yash i am from INDIA.Just watched your video yesterday on facebook through a friend. "Inspired me" I myself am a rider.I have traveled through most of the part of North India but not Leh.Telling the truth i was scared of it.But now after watching your video and seeing you drive through all those terrains gave me courage and confidence.Really man it was amazing that someone out there is giving it all to riding.Am now planning for my trip.Thanks a lot! May you get a TV show like "Long Way Down" and inspire young riders like me.”

From a globe, a dream

It’s wonderful to see such a dream realized. To think it all started with just a world globe. One wonders if the same dream could have ever been made if Chacón were not able to hold a real world globe in his hands.
Could computer maps and virtual globes create such a sense of wonder in a child? By extension, what sort of creativity do virtual worlds—video games for example—produce in a child? We can only wonder. 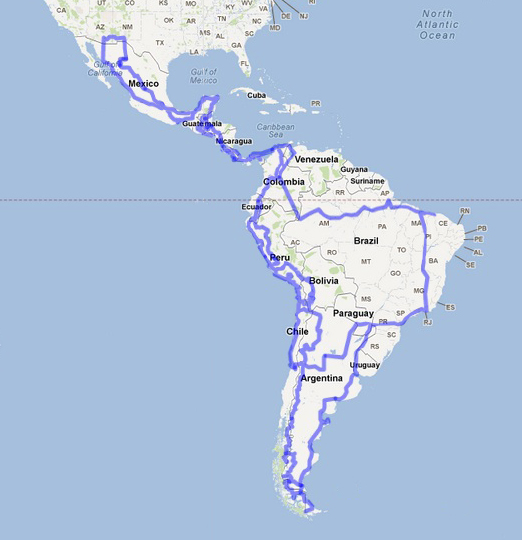 You too can dream and achieve. And dreaming is much better with a globe in your hands. 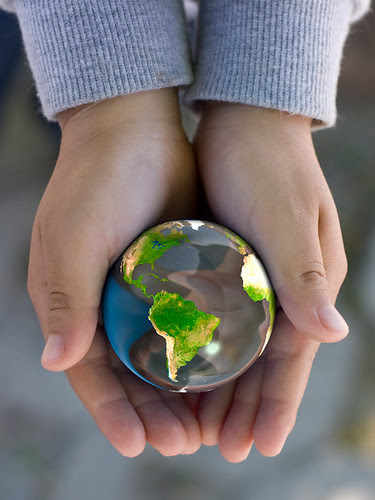